Do you want transformation? 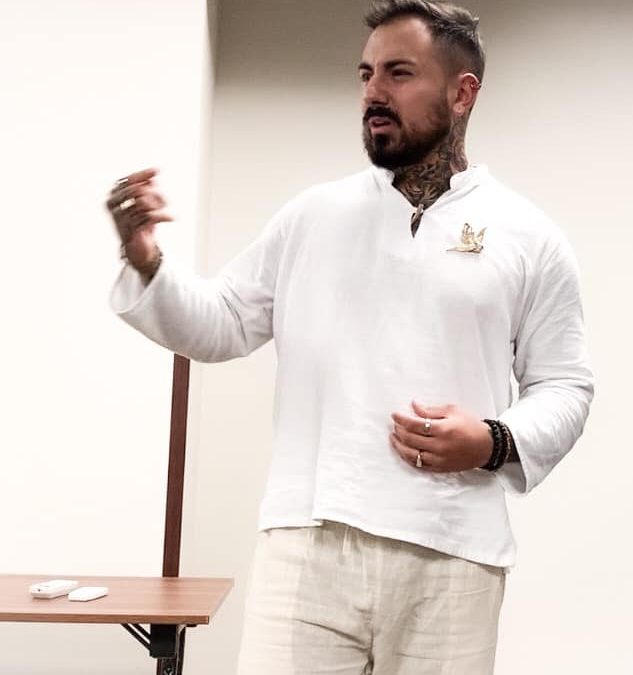 Do you want to stop being stuck (financially, emotionally, physically, romantically or spiritually?)

Especially when they come from someone who has not learned to relate to their word as sacred.

Which is most people.

If you have not learned to commit, your word carries almost no value since you will end up breaking it (as you’ve consistently done over and over)

Therefore you must commit with things you have learned to value a lot more (so far):

And this has nothing to do with greed.

When I started coaching I wanted to help people free of charge.

I genuinely wanted to share the things that helped me grow and overcome the obstacles I faced.

I just wanted to be of service without expectations.

Afterall, my tattooing business was hitting 20k-50k / month consistently with as little as 3 days of work per week.

So I went and shared what I had to share.

I coached for free.

I assisted and traveled all over and gave it all I had.

I would sometimes even pay for my own flights and expenses to speak at events, coach at someone else’s workshop and so on…

Because I was committed to helping.

Until I realized that I was not helping anybody.

I discovered that -unfortunately- it is human nature not to value that which we don’t work for.

I noticed that it was those people who risked everything and placed their resources where they wanted to go, the ones that got there.

I also noticed that for those who spent nothing or nothing meaningful, transformation was an option and not a must.

Full participation and openness was a good idea and not a commitment.

By working for free I was robbing them of the opportunity to fully commit.

I was robbing them of the gift of investing in themselves.

Taking away the chance for them to take themselves and their growth seriously.

I realized that most people’s words mean nothing.

And those whose words I fully trust and respect have become my closest friends.

But I also realized that people who invest (time and money) tend to commit fully.

Commitment as in “The alternative is no longer an option.”

Commitment as in “Fuck it. Let’s do it. I can’t stay in this f*ing place any longer!”

Not as in “I’ll think about it”

Or “It’s too expensive”

Or “I don’t have time right now”

We all have time and money for what is important.

You getting out of your BS situation is just not THAT important to you, right now.

If it was, you would commit!

But it is not.

So until you are ready, it is better that you don’t jump into lukewarm programs, practices and/or try “freebies”.

Because you will only pile up more stuff that you did not fully take seriously.

The list of things you did started and did not finish will only get longer.

Because you are not ready to commit.

And it shows in your hesitation.

It shows in your actions.

You may need more pain, suffering and desperation to take a solid stand for once and for all.

That, or a divine wave of inspiration that has you move upward by your own means.

But it’s usually the former.

Do you want transformation?

Find someone who exudes the energy, wealth, health and/or love life you’re looking for and commit to their teachings.

The 3 P’s are the sacred triad of transformation:

Find the message/teacher that you resonate with and commit completely!

Pay something that forces you to be 100% involved.

Participate FULLY (you would want to get your $ worth, wouldn’t you?)

And be patient with your process.

That is how you change your life.

That is why every great guide charges.

Not because they’re out to be filthy rich,

But because they would be doing you a disservice if they did not.