WHAT THIS TREE TAUGHT ME ABOUT ACCEPTANCE AND LIFE 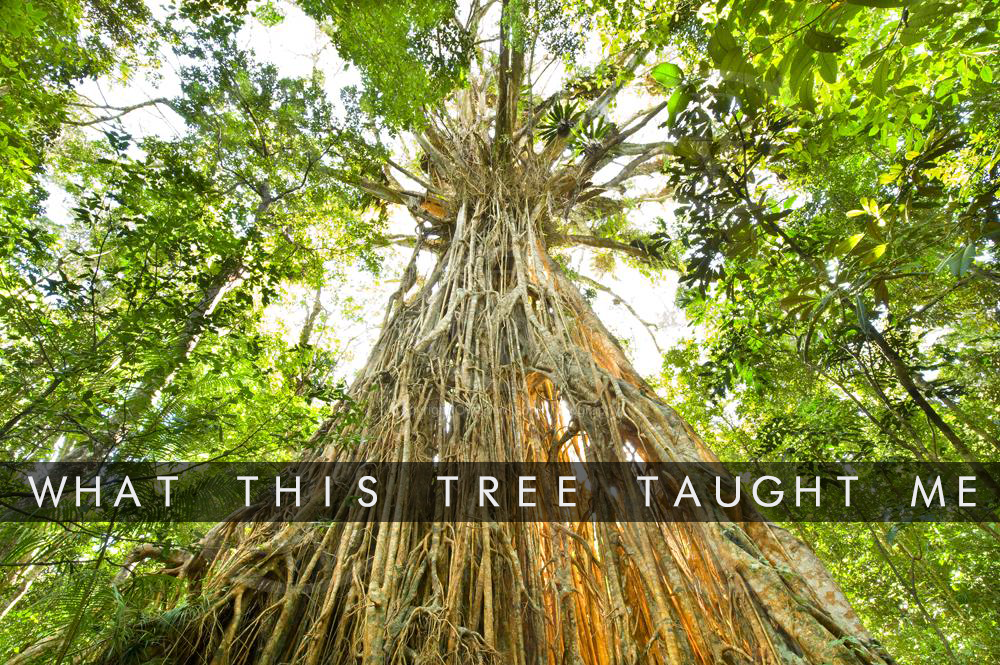 Looking through old pictures in my phone I discovered, among the countless food snaps and memes, a picture of a tree I saw during a walk in a natural park in Xishuanbanna, China.

The picture consisted of a robust tree (at least 4 meters in diameter and about 20 in height) that apparently was over 150 years old. However, the tour guide pointed out that the tree had been dead for a long time. The plant (strangler fig) that wrapped around it had killed it.

He mentioned that it is very common in dark forests where the competition for sunlight and nutrients is very intense, that some of the smaller, weaker, thinner plants have evolved to parasite-like methods to survive. In this case, wrapping around a bigger tree and sucking its nutrients while making its way towards the sunnier areas.

Ah, the peace and beauty of nature! 😉

Or so we say

What is interesting to me about it was the thought that everywhere in nature, every animal, plant and bacteria is trying to survive. Daily. Through their whole lifespan.
There’s a quote that says that every day in Africa a zebra wakes up knowing that she has to outrun the fastest lion to survive, at the same time a lion wakes up knowing that he has to outrun the slowest zebra to survive.

The best thing is that neither the lion or the zebra seem to lose sleep or get depressed over that.

They do not complain that they have to run for their lives.

They do not complain that they have to work and run after their food.

They just do what feels ‘natural’ and right.

The plants fighting for light is not any different from the work we do as humans to survive. Trying to use our personal qualities to our advantage to gain the most resources we can.

However, unlike the fig, tree, lion and zebra, we are the only ones who complain about it.

We are at the top of the food chain, yet it is humans who find it hard to accept their current circumstances.

People complain that they don’t have money, that they have to work doing something they don’t like, that someone else got it easier, that the politicians, their country, the other countries, and so on have created unfavourable circumstances.

Well, part of that is true, but then what?

Has complaining ever solved anything?

Neither the tree or the fig or the lion complain about their day to day struggles. They don’t look at other animals and think “I wish I was a cat or a dog”
They do the best they can with what they have at every moment.

For some that means rising closer to the sun.

For some that means being the lion’s brunch.

I think there is a lot to learn from that. About acceptance and freeing ourselves from judgement.

Yes, sometimes our circumstances may be unfavourable, but that is part of life. It is not something to judge but a beautiful contrast that shows us what it is that we want.

Every unpleasant experience helps us refine our taste and increase our awareness about what we desire more or less of.

We can wake up and complain that we got to figure out a way to get some sunlight today, or we can accept the circumstances and get going with the best that we got.

And who knows, the small figs often end up in better conditions that the robust gigantic trees for all we know 🙂

PS: If you like this article, please share it! Someone you know could use a little less complaining and a lot more appreciating today <3