This moment that you are living is not a tragedy, it is a blessing 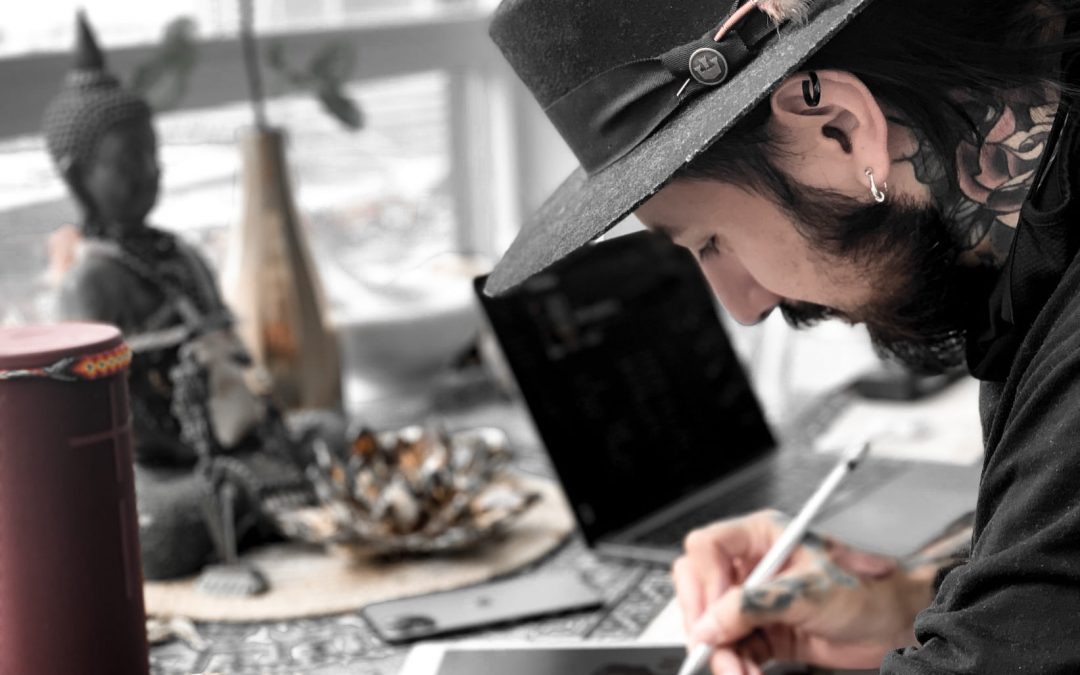 Many years ago I used to do laundry, clean floors and toilets for a living.

I did not want to work for someone else so I rented two condos and put them on airbnb and managed them.

Which meant changing bedding, cleaning kitchens, toilets and floors on an ongoing basis.

I preferred doing this than using my BComm degrees to get a “proper” corporate job – at least here I owned my time.

At the end of the month I’d be left with $3-$5k which was all I needed back then to live comfortably.

Then one day I had some guests that got drunk and thought it was a great idea to go skinny dipping in the outdoor swimming pool.

Security found them and they threw me under the bus – so management found out about my Airbnb listings, which happened to be forbidden in the condo.

I got a “first and last notice” from my landlord, so overnight I had to shut everything down and sit at home wondering what I’d do to earn money.

I had been sporadically tattooing as a side hobby for some time, and scrolling on Instagram I saw a studio that was hiring just down the street.

I sent my portfolio and within a few weeks I started working there, earning $2-$4k per month, which was great since I was not cleaning toilets anymore.

A few months into it, I realized that this studio was run in a way that conflicted with my values.

There was hypocrisy, drama, dishonesty and a permeating focus on milking the client for money and the Artists for work.

The studio kept 60% of every tattoo I made (even if I brought in the client through my own means) and I was promised to go 50/50 after a trial month, but after 8 months the owner was still making up excuses about why I did not deserve the raise.

One time telling me straight up: “You and your art are just not there yet. You’re not worth 50%.“

I later found out he was stealing money from the artists so I decided I did not want to be there anymore, and quit.

He threatened to sue me, delayed a few months paying me back my last month worth of work and so much more. I thought it would end up in a fist-fight.

It felt like leaving a toxic, abusive, controlling relationship.

So once again, I came home and sat on my bed wondering what to do next – and I figured I’d give it my best shot at trying to run my own studio.

I was no longer working for someone else, so every decision and creative spark was not limited by a bottleneck I couldn’t control.

And I was dedicated, committed and responsible.

At that point, where there was nothing I could no longer afford, I reached point zero.

Some people imagine that when you’re earning multiple 6-7 figures then you have reached the destination.

My experience was that my actual journey STARTED there.

Because it was in the absence of scarcity and in the peace of mind that came from knowing I would never go through lack in my life, that money truly stopped being a thing I’d think about.

And in that space, the things that REALLY mattered started coming to light:

And that my tattoo work, although I loved it and it was fun, lacked the sense of fulfilment and depth that my coaching work had.

I realized that in my quest towards stability, I had sacrificed a lot of my relationships and a lot of what was meaningful to me.

So it was point zero because now I knew.

But because I lived it and felt it and saw it by myself.

So I started tattooing less and focused on learning, writing, teaching, traveling and coaching more.

And I realized that all of what I went through, had to happen.

Otherwise, I would be doing this kind of work for the wrong reasons.

My motivation would have been fear of lack, instead of love through service.

Fast forward ahead, I was supposed to visit Colombia for 17 days last year (and then head to Bali, Romania and Europe to speak at some events) when covid hit – so I was caught in Colombia.

Being locked down in a small apartment ended up “forcing me” to go into the mountains and live with a shaman in a plant medicine (Aya) community.

By then I had been doing really intense Saddhana for years and had been holding my sexual energy for months.

So during my work one night, I died (at least that’s what it felt like) and reached a state of Satori / Moksha. (final union/enlightenment)

It was a state where the veils had been fully lifted and the game ended, in that place I was free to choose to not come back and stay one with source.

So I was asked “Okay, you want to come back, for what?“

And I saw in a flash the movie of my life playing in front of my eyes, coming back to a body that feels pain, to an identity that has flaws, to a mind that does not understand things, to a relationship that is sometimes challenging, and to eventual aging and death (in detail, how, where, what age, etc.)

And after seeing that I still decided to make it back here.

I made a solid commitment that I would make every single one of those days count, for there wouldn’t be another way of justifying leaving that place of eternal love, light and bliss.

In that exact moment the Shaman started singing a song called “Espíritu del agua” where he sings to and summons all of the elemental spirits.

I started feeling how this reality started putting itself back together, from pure energy and into matter – through the 5 elements.

I was laying down on the ground, next to the fire, and as I finally stood up, a big black scorpion walked from right underneath me.

I was laying on it the whole time and it could’ve stung me but it didn’t.

I couldn’t help but to think that it was ready to deal the killing blow, had I made a different choice.

So why come back?

Well, I realized that every time in my life what I thought was a tragedy was instead a hidden blessing to me and those around me.

The couple that got drunk and forced me to end my Airbnb business, gifted me the chance to make a living from my arts.

The owner of the studio that was greedy and did not appreciate my art, gifted me the courage to do things on my own.

The abundant finances that had me sacrifice relationships and made me feel very empty, gifted me a solid starting point for a spiritual search.

The covid lockdown that closed airports and economies, gifted me the time to go all-in on my inner work.

And the experience of death, gifted me a sense of renewed, profound meaning and appreciation towards life.

The “tragedy” of being alive, of being human, flawed, emotional, confused at times is a gift in its essence.

So if you are going through what seems like a detour, keep going.

There are no detours, for all roads lead to the same place.

And what you feel is karma in one moment, becomes grace in the next.

For what would there be to do, if it was all already perfect?

And what couldn’t you do, if you realized that you already are?